Key elements of a non-disclosure agreement

Background: A Non-Disclosure Agreement (NDA) is the contract which states that all confidential information of a company should be protected in case of exchange of information with another party.The liabilities associated with the violation of an NDA are quite severe as compared to the breach of a verbal agreement. Vakilsearch in their previous article explained how to convert a sole proprietorship to a Private Limited Company. In this article they share the key elements of an NDA.

Parties to the agreement

Also read: Vendor Agreement: Why is it important?

This section needs to define as to what information would come within the purview of the NDA. While the disclosing party would want to draft this in as broad a manner as possible to bring all sorts of information under this purview, the recipient would want to ensure that the information is clearly identified and not of a very broad nature such that the recipient is aware of what can be disclosed and what cannot be. One tricky aspect is to make clear as to whether oral information can be made confidential or whether the confidentiality agreement would only be restricted to the information given in writing. One way of dealing with such a situation could be that oral information could be treated as confidential as long as the same is also provided in writing within a short specified time frame.

Scope of the confidential information

There also arise occasions through which the recipient might have to disclose information through a court order and is bound by law to do so. There should be a detailed exclusions clause governing such instances.

Term of the agreement

From the point of view of the disclosing party, they would like the term of the agreement to last for as long as possible. However, from the point of view of the recipient, they would like a definite term to exist on the confidentiality agreement, the reason for the same being that most of the information becomes redundant after a particular point in time and it is a cumbersome task to keep ensuring that one is not violating the NDA even when such information has become redundant. A reasonable term on a particular agreement would depend on the nature of the industry and the nature of the information that the NDA seeks to protect. However, by and large, most NDAs have a term of two years.

There are a host of other terms which are important to the proper functioning of an NDA such as the prohibition on employee solicitation, the jurisdiction of courts in case of a dispute, and a reiteration that merely sharing of confidential information by the disclosing party does not give the recipient a right over such information. Since intellectual property and confidential information often forms a key aspect of any business, such clauses should be carefully negotiated and drafted.

Also read: Can sale deed be executed by Power of Attorney 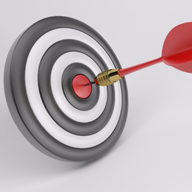 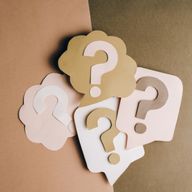 What is the difference between TIN, TAN, VAT, PAT, DSC and DIN?