1. Having a clear vision
Gandhi had a vision for the country and he clearly stated this in his actions and words. He was seeking a free India. He did everything in this drive for a free India. Business owners should also have a vision and work towards that aim.

2. Leading by example
A good leader walks the talk. Gandhi practised what he preached. His life was an open book and he was open to criticism. Gandhi not only preached non-violence but also practised it. His simple living and diet were a classic case of leadership by example. Businesses need to send out a message too, through their actions and conduct.

3. Managing within resources
Gandhi was aware that while Indians did not have many financial resources to fight the British, the most important resource we had was 'human resources'. He used this to great effect by mobilising people. Businesses too operate within constraints. Instead of being bogged down by these constraints, they can operate creatively to use their limited resources to their advantage.

4. Building a team
Gandhi could not have achieved what he did all by himself. As a great leader, he knew he needed the support and services of a great team. And he mobilised a team whose members comprised of diverse yet complementary skills: Sardar Patel, Jawaharlal Nehru, Mohammed Ali Jinnah and Lal Bahadur Shastri, to name a few. Remember: your team is your greatest asset and you must develop and build on this asset.

One of Mahatma Gandhi’s most moving speeches was made while he was in South Africa. He was protesting a new law made by General Jan Smuts, a prominent South African and British statesman, which would have Indians in South Africa fingerprinted. In spite of the presence of the British, Gandhi’s speech against the law mobilised the people. Here are some management and communication lessons we can learn from this speech. (Watch and read the speech as depicted in Richard Attenborough’s film Gandhi.)

Share with us how you have applied these timeless lessons by Mahatma Gandhi in your life and business. 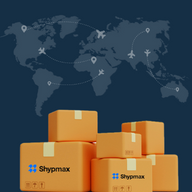 How to Activate Shypmax International Courier Services on Your Online Store 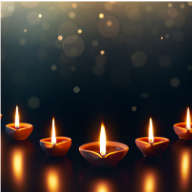 This Diwali Ask Yourself These Questions

How to Activate Shypmax International Courier Services on Your Online Store