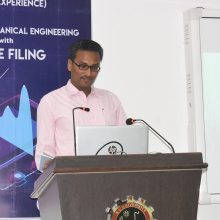 In the thrust of the Central Government’s continued reforms, 44 Central labour laws are mostly subsumed under 4 Labour Codes as follows.

Which law subsumed in to which code?

The Code on Wages, 2019 was already approved by the Parliament of India and received the assent of the President on the 8th August 2019, and published for general information for the public. But the code yet to be notified by the Central Government by notification in the Official Gazette.

Covering reforms for over 50 crore workers from the organised, unorganised and self-employed sector were introduced by the Government in the Parliament and were passed by Lok Sabha on 22, September 2020 and Rajya Sabha on 23, September 2020, yet to receive the assent of the President of India in due course.

These path-breaking reforms in the country will help to attract the Foreign Direct Investment (FDI) and also domestic investment from the entrepreneurs and will bring total transparency in the system. Labour Codes will establish transparent, answerable and simple mechanism reducing to one registration, one license and one return for all Codes.

The salient features of the three codes are as follows:

(i) The facility of ESIC would now be provided in all districts in India.

(ii) EPF scheme will apply to establishments with 20 or more employees.

(iii) The EPF, EPS, EDLI, and ESI Schemes will be financed through a combination of contributions from the employer and employee.

(iv) Establishments working in hazardous sectors would mandatorily be linked with ESIC, even if there is only one worker working in it.

(v) ESI scheme will apply to certain establishments with 10 or more employees, and to all establishments which carry out hazardous or life-threatening work notified by the Central Government.

(vi) The code provides for the establishment of several bodies to administer social security schemes.

(viii) To formulate various schemes for providing comprehensive social security to workers in the unorganised sector. A 'Social Security Fund' will be created on the financial side in order to implement these schemes.

(ix) Gratuity has been made for Fixed Term Employee and there would not be any condition for minimum service period for this.

(x) With the aim of making a national database for unorganised sector workers, registration of all these workers would be done on an online portal.

(xi) It has been made mandatory for all establishments with 20 or more workers to report the vacancy position in their establishments. This information would be given on the online portal.

(i) The code will apply to establishments employing at least 10 workers.

(ii) It will apply to all mines, docks, and establishments carrying out any hazardous or life-threatening activity may be notified by the Central Government.

(iii) Establishments covered by the code are required to register within 60 days.

(iv) No worker will be required or allowed to work in any establishment for more than eight hours in a day.

(v) Overtime work, workers must be paid at twice the rate of daily wages. Nor consent of workers is required for overtime work.

(vi) Women can work past 7 pm and before 6 am, subject to any safety-related or other conditions prescribed by the Government.

(vii)The Central and State governments will set-up the Occupational Safety and Health Advisory Boards at the national and state level.

(viii) The Government may require certain establishments to constitute safety committees in case of a certain class of workers.

(ix) Working conditions will be notified by the Central Government.

(x) Welfare facilities such as canteens, first aid boxes, and creches, may be provided as per standards notified by the Central Government.

(xi) Free health check-up once a year by the employer for workers which are more than a certain age.

(xii) Legal right for getting appointment Letter given to workers for the first time.

(xiii) Cine workers have been designated as an audiovisual worker so that more and more workers get covered under the code. Earlier, this security was being given to artists working in films only.

(i) Recognition to Trade Unions at Central and State level. This recognition has been given in the labour laws for the first time.

(iii) A provision for 'Negotiating Union' and 'Negotiating Council' has been made for undertaking negotiation on any dispute.

(iv) All industrial establishments with at least 300 workers must prepare standing orders.

(v) The code allows for industrial disputes to be voluntarily referred to arbitration by the employer and workers.

(vii) No person employed in any industrial establishment shall go on stake, in breach of contract.

(viii) Provision for Re-Skilling fund has been made in the law for the first time. Its aim would be to re-skill those workers who have been fired from their jobs.

(ix) Matter may be taken straight to the tribunal in case the dispute is not resolved at the conciliation stage. At present, the case is referred to the tribunal by the appropriate Government.

(xi) Arrangement for approaching the Tribunal has been made for resolving disputes arising between Trade Unions. Less time would be required for resolving their disputes.

All old and legacy 44 Central labour laws are mostly subsumed under 4 Labour Codes as discussed above. Labour Codes will establish transparent, answerable and simple mechanism reducing to one registration, one license and one return for all Codes. Hence the professionals, industry and the entrepreneurs shall get familiar with these labour codes for effective implementation in the days to come.

Other articles written by Anil Ganga Applicability & compliances of the Sexual Harassment of Women at Workplace... 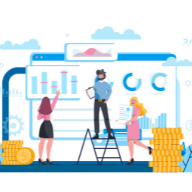 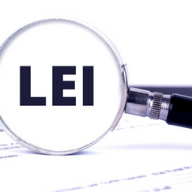 What is Legal Entity Identifier (LEI)

Everything an employer needs to know: PF, ESI, Bonus & Gratuity